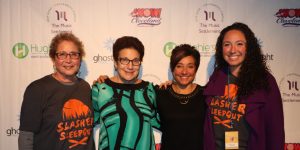 The Ohio Independent Film Festival, founded in 1993 by filmmakers looking for venues for independent work, is dedicated to freedom of expression through independent media and is programmed 100% from submissions. However, we also need your help to make our event successful. The Independent Pictures’ Board of Trustees is excited to share with you the Ohio Independent Film Festival’s “One Night Only” event to be held on November 3, 2018 with a pre-festival party to be held “The Night Before” on … END_OF_DOCUMENT_TOKEN_TO_BE_REPLACED